In the United States, Facebook has agreed, as part of a preliminary settlement filed last Friday in California’s San Mateo Superior Court, to pay $52 million to existing and former content moderators for their platform as compensation for the psychological suffering they endured as a result of the material they had to view and the work targets they had to make.

The affected content moderators that will be compensated were employed since 2015 at locations in the United States including California, Arizona, Texas, and Florida. Final approval is due later in 2020
after a period of time is allowed for those who 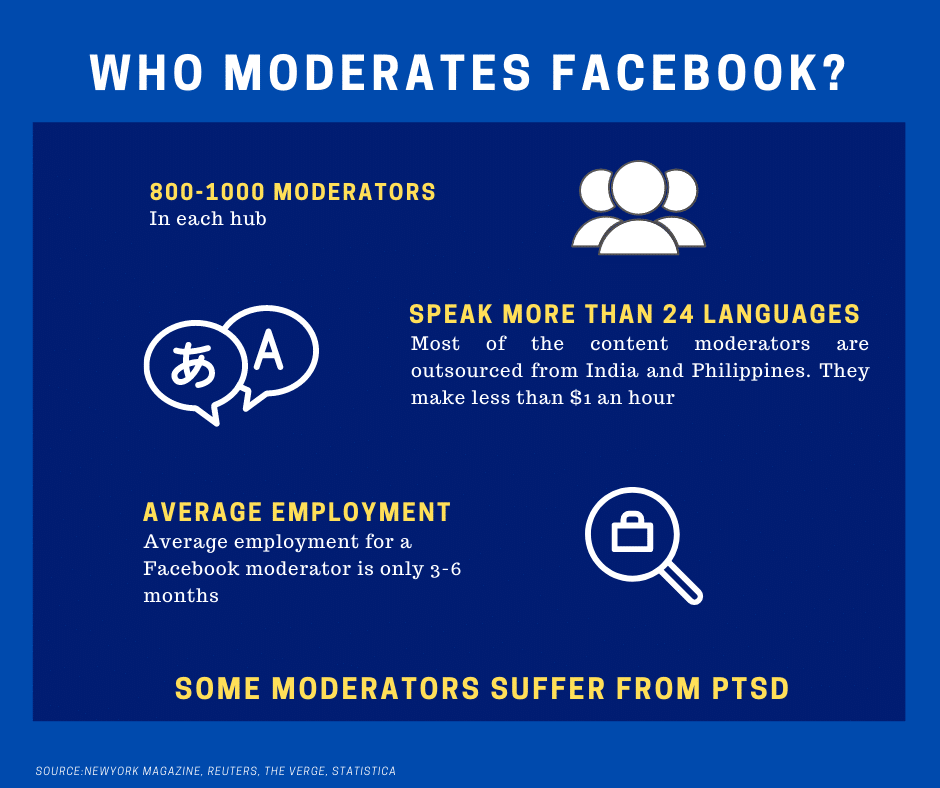 participated in the class action to comment on the proposed settlement and request any changes. Coleman Legal are currently representing a number of former Facebook content moderators in a similar legal action in Ireland, many of whom were employed by external vendors including CPL. This legal action claims that the content moderators experienced psychological trauma due to unacceptable work conditions and inadequate support systems to allow employees to manage the stressful nature of the position and the often quite graphic content they had to review.

Partner at Coleman Legal. Dave Coleman said: “The recent developments in some States of the United States are to be welcomed. The acknowledgements from Facebook that seem to be contained in the proposed Settlement are an important first step taken by Facebook in this case.  We hope to see clarity soon with regard to the issue of outsourced workers who carried out commercial content Moderation for Facebook. In the meantime the Irish cases, on behalf of European Commercial Content Moderators continue to be progressed before the Irish Courts and further comment at this time would be inappropriate.”

The ruling in the U.S. finally acknowledges the extreme conditions associated with social media moderation. In addition to the preliminary settlement agreement Facebook have revealed that it will be providing additional counselling for those carrying out content moderation duties on their platform going forward..

The terms of the proposed settlement state in the US states that every moderator will receive a minimum of $1,000. However, a content moderator may request additional compensation if they are found to be suffering with post-traumatic stress disorder or related conditions. Anyone who is diagnosed with a mental health condition is entitled to claim up to $1,500 more, and people who receive multiple concurrent diagnoses — PTSD and depression, for example — could be eligible for compensation up to $6,000. Along with this compensation, which is intended to be used for medical treatment, moderators with a qualifying diagnosis will be entitled to submit evidence of other injuries they experienced during their time at Facebook and could receive up to $50,000 in compensation.

In total the preliminary settlement includes 11,250 facebook content moderators. However, the exact number sums of compensation paid out to each individual will vary depending on how many members of the class action that apply for benefits.

If I don't have any resources to fund my case, how can I take a claim?

The team at Coleman Legal are fully supportive in every way of your case. We successfully represent many hundreds of clients, moderators and others, all of whom have been able to bring a case without the worry and stress of financing it. We can help you.

We are aware that a similar case in the US was recently settled with a positive outcome for the content moderators. If you case is successful in court, or settled out of court, you will then have to pay reasonable  legal fees.

It is important to note that no solicitor’s fee may be calculated as a percentage of any award or settlement you receive. Also, if a litigant loses their case they may be liable for the other side’s legal defence costs, including medical fees or other expert reports, etc. We will advise you in advance should this become a likelihood.

My employer warned me in advance that I might have to review disturbing content, and that it might lead to PTSD. Can I still make a claim?

The Health, Safety and Welfare Act at Work 2005 requires the employer to provide adequate training and support to ensure well-being for the employee, regardless of whether they were warned about the nature of their jobs or not.

Asking you to sign a waiver does not relieve an employer of their obligations and responsibility. If you have suffered psychological trauma as a content moderator and have concerns regarding NDAs, other contracts and acceptance/settling from being partially warned, it is advisable to speak to a solicitor.

Do I have the same rights and safeguards being a third-party employee?

An employer is legally required to provide yo with a safe place of work and a safe system of work. Historically agency workers were treated in an entirely different manner to those workers who were hired directly into the workforce. Whilst the employment agency is the employer, the company is also respomsoble for breaches of the Safety, Health and Welfare at Work Act, 2005.

Your right to being protected under Health and Safety Regulations are the responsibility of both the company company where you are doing the temporary work and the agency.

I have left my job, and didn't realise at the time that the content I reviewed had caused psychological injuries. Can I take a case against my employer now?

After you become aware of the harm you have suffered, you must make a claim for compensation within two years.

It is important to seek legal advice as soon as possible, to ensure your claim doesn’t pass this statute of limitations.

I work as a contractor, employed by an agency, not by the company whose content I was moderating. Can I still make a claim?

Whilst the employment agency is the employer, the company which controls your work and working environment  is also responsible for breaches of the Safety, Health and Welfare at Work Act, 2005.

Your rights under Health and Safety Regulations are the responsibility of both the companies, and Coleman Legal will make claims on your behalf against each of them.

How do I know if I have suffered a psychological injury?

Each case is unique and the effect of psychological injuries such as PTSD will vary with each individual. Many content moderators’ symptoms are not immediately recognised, and they may only become evident over a period of time.

It is important that psychological illness/injury is correctly diagnosed by a qualified professional. Your GP will be able to give you a preliminary diagnosis, and arrange for evaluation by a specialist to help you begin on your journey to recovery.

What obligations does my employer have regarding psychological injuries?

The Diagnostic and Statistical Manual of Mental Disorders (DSM–5), published by the American Psychiatric Association, recognises PTSD as a result of exposure to graphic content.

Where it is reasonably foreseeable that an employee is working under conditions  that could cause mental health issues, your employer owes you a duty to take reasonable steps to address these issues.

Once a duty of care is established, if you as an employee have suffered a psychological injury as a result of your employer’s negligence, you can claim compensation for the harm suffered.

I'm still working for my employer. Does this affect my claim?

Irish Law safeguards the rights of employees to make a claim for compensation against your current employer where they have failed in their duty of care towards you. It is illegal for your employer to fire you, deny you promotion, or otherwise discriminate against you because you are making a claim against them.

I am not based in Ireland, and my employer is not an Irish company. How can I claim?

You may take your case through the Irish Courts if you are, or were:

Will the current Covid-19 pandemic prevent me from taking my claim or cause delays to my claim?

Covid-19 has affected everybody. We are fully operational during Covid-19 crisis, and the courts are still operating. We continue to receive instructions from moderators throughout Europe. Our services are being conducted over the phone and with video calling to ensure the safety of our clients while providing minimal disruption to our services.

What About My NDA?

Many big technology companies in Ireland use non-disclosure agreements to intimidate staff and discourage them from vindicating their rights. Ireland has very strong whistleblower protections and employee rights, and enforcing these NDAs would be very difficult under Irish law, particularly as your right to access justice through the courts takes precedence over any claimed right to secrecy.

At Coleman Legal, we understand the negative impact that psychological trauma can have on your life, hence we are dedicated to pursuing the best possible results for our clients. Our dedicated team are highly experienced in the Content Moderator arena spearheading the first case of this nature with Chris Gray in Ireland who was diagnosed with Post-Traumatic Stress Disorder (PTSD) working as a content moderator in Facebook. We are also representing a group of content moderators living in Ireland and from abroad.

If you have suffered damages and/or risks related to being a content moderator, or have any concerns that you would like us to address, please contact our team at Coleman Legal. With 24/7 client support, a compassionate litigation service, our highly experienced solicitors are ready to advise.

Please contact Diane Treanor from our Personal Injury Team at Coleman Legal in confidence by email: info@colemanlegal.ie or by telephone for free on 1800-844104 to see how we can help you.