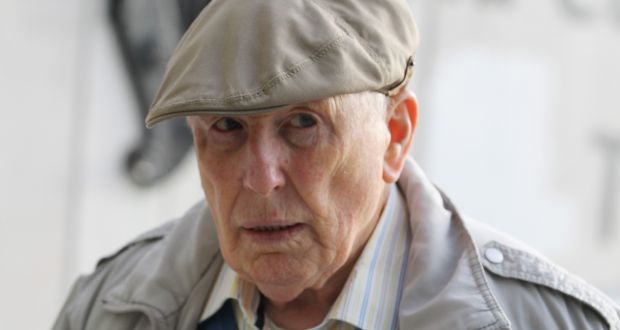 Michael Shine, a retired surgeon, 85, has been sentenced to 20 months in jail for indecently assaulting two teenage boys who were his patients in the mid-1970s.

Michael Shine, 85, of Wellington Road in Dublin, pleaded not guilty at Dublin Circuit Criminal Court to eight charges of indecently assaulting six patients at Our Lady of Lourdes Hospital and at his private clinic, in Drogheda, Co Louth, on dates between 1964 and 1991.

Last month a jury convicted him on charges relating to two of those boys and acquitted him of four separate charges of indecently assaulting three other teenagers on dates in 1964, 1970 and and 1976.

Shine denied ever seeing these patients and there were no medicals records to confirm that he had seen them on the dates of the alleged assaults.

An eighth count of indecently assaulting a sixth victim was withdrawn due to lack of evidence.

Justice Cormac Quinn imposed consecutive sentences of 10 months for the indecent assault on each of the victims.

Mr Justice Quinn said the severe breach of trust by a senior doctor at the pinnacle of his profession was one of the most aggravating factors. He said Shine had abused the trust of patients and the trust of the hospital.

The offences for which he was convicted occurred on dates between 1974 and 1976.

The former surgeon’s insurers, Allianz, previously settled a multi-million euro settlement with the religious order that ran Our Lady of Lourdes hospital where Mr Shine worked, in an out of court settlement for 112 former patients who claimed in High Court proceedings, that they were sexually abused by the former surgeon.

Dave Coleman successfully represented those patients at the time, and welcomed the settlement in 2012.

Dr Shine, who represented himself in some of the legal actions, retired in 1995 on a full pension from Our Lady of Lourdes Hospital in Drogheda.

A Tipperary native, Shine began practicing as a doctor in 1956, working in the Mater hospital before moving to the UK to work in hospitals there. On his return to Ireland in the mid-60s he took up a position in the Drogheda hospital.

He was appointed to the position of consultant surgeon in 1968, a position he held until his retirement in 1995.

If you have been the victim of sexual assault or abuse you can speak to one of our experienced personal law solicitors and discuss how we may help you vindicate your rights.