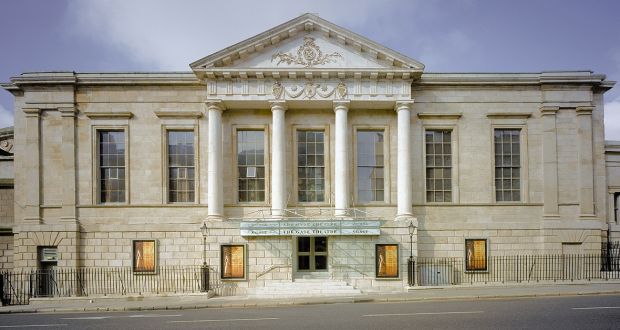 Taoiseach Leo Varadkar made a statement on 2nd November regarding The Gate Theatre’s move to appoint an independent professional advisor and set up a confidential email address for anyone who wished to communicate their concerns about potential harassment experiences they may have had.

“It is right and appropriate that people who may have been affected by alleged sexual harassment claims or abuse of power while working at the Gate Theatre should come forward now.”

“ The Gate Theatre joined with other theatrical institutions last week to condemn the issue of sexual harassment and abuse of power in the theatre world both in Ireland and internationally.”

The Gate Theatre have advised that they will listen to what people have to say, with the aim being to foster a supportive and safe environment.

“Any experience shared will be treated in the utmost confidence and we intend to appoint an independent professional HR advisor to handle any issues raised.”

The Taoiseach went on to add that he would be cautious about commenting in too much detail as he didn’t have the full facts, but felt that due to the establishment of a HR person that someone who was potentially affected could go to, he felt it would be right and appropriate for people who have been potentially sexually harassed to come forward. He continued by emphasising that this process would need to be counterbalanced with the understanding that an allegation is an allegation and that people are entitled to access to due process and have the right to have their good name protected.

Less than a week ago, Gate Theatre Director, Selina Cartmell, joined with other theatre directors to condemn any form of harassment ‘in the theatre world in Ireland and internationally.” A statement was released saying they noted developments and allegations in the entertainment industries in the USA and the UK.

Further to that announcement there have been a number of blog posts by women with accusations of inappropriate behaviour against a leading figure in the Irish theatre world. These posts have been widely shared and commented upon by members of the Irish Theater Community. In one of the most recent blog posts both inappropriate sexual contact and harassment have been alleged.

A further statement was made yesterday by the board of management of The Gate Theatre which specifically addressed those who have worked for the theatre, stating:

“ We made it clear in our statement that we will listen to what people have to say and our aim is to foster a safe and supportive working environment in our theatre.”

https://www.abbeytheatre.ie/joint-statement-irish-theatre-organisations/
To view the joint theatre statement please click on the above link.