Minister for Justice, Michael Flanagan has instructed survivors of the “adjoining institutions” to the Magdalen Laundries to contact his office directly.

The measure has been taken in line to the Ombudsman report last November, where the performance of the Department of Justice was criticised in regards to the administration of the redress scheme.

This advertisement deals with his recommendation that the scheme be applied to residents of those 14 adjoining institutions who worked in the laundries of the 12 Magdalen institutions concerned. In relation to the other recommendations in the Ombudsman’s report, Senior Counsel Mary O’Toole is in the process of examining the 200 or so cases where an issue may arise on the assessment of the length of stay in an institution.

“I am happy that we are making good progress in implementing the recommendations of the Ombudsman in his report of November 2017 on the operation of the scheme,” – Minister Flanagan said.

Thus far 694 applicants have received payments under the restorative justice scheme at a cost of €26.1 million. Under the scheme, lumps sums ranging in size from €11,500 to €100,000 are payable, together with other benefits including special access to health care, the upgrading of pension entitlements to a full state pension for applicants who have reached retirement age, and payment of a weekly sum of €100 surplus to other state payments to others.

Many of these related to women who worked in one of the 12 laundries listed under the Scheme but were admitted and resident in training centres and/or industrial schools attached to the laundries. As they were not “directly admitted” to one of the 12 laundries, the department ruled these women were not entitled to redress. The Ombudsman’s Report found that the Department chose to interpret this phrase in “the most narrow sense” and operated on the basis that only women who could demonstrate through available records that they had been officially recorded as admitted to one of the 12 named institutions were eligible.

The Ombudsman found that the Department of Justice operated the  Magdalene Restorative Justice Scheme using criteria which was unknown to any of the women applying to be included in the Scheme. 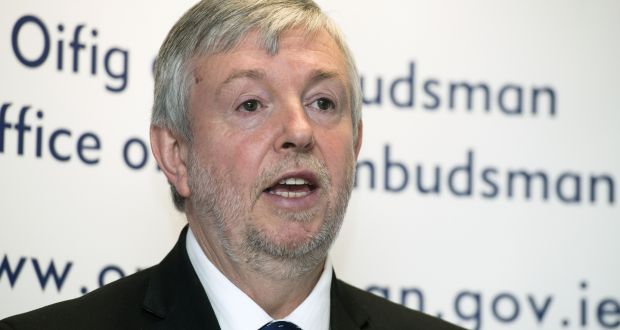 The Ombudsman, Peter Tyndall said that he was “hopeful” that the Department of Justice would act upon his recommendations that the women who were denied redress should have their applications reassessed with a view to approving them, in light of a statement from the Minister Charlie Flanagan.

Mr. Flanagan said that “full and careful consideration will now be given to all the recommendations in… (the) report”.

“The existence and use of the Magdalen laundries was a scandal. The restorative justice scheme created an opportunity to belatedly offer some redress to the women who lived and worked in the laundries. This opportunity was lost in respect of some of those women whose cases I considered. It is now time for the State in administering the scheme to reflect the generosity of spirit which characterised the official apology.”

Peter Tyndall stated in the foreword of the Report.

Convicted rapist ordered to pay €315,000 to victim by the High Court